For a long time, the print industry has been dwindling while their digital editions have gathered an increased readership. Be it in print or digital format, traditional media continues to be relevant and is adapting to trends to ensure multiple revenue streams. The latest trend magazines have been hopping on is that of non-fungible tokens, or as they are popularly called- NFTs.

Time Magazine entered the world of NFTs by releasing three special editions of NFT magazine covers for auction. These included their iconic covers which asked “Is God Dead?”, “Is Truth Dead?”, and the latest, “Is Fiat Dead?”. Till now, TIME has released 12 NFTs in all which include covers from the 1950s and 1960s. According to Time’s President Keith Grossman, both the news website and the magazine will start accepting cryptocurrencies as payment for their digital subscriptions. According to Keith Grossman, the President of TIME Magazine, media companies will be reluctant to jump into digital currencies which go beyond collectibles. He will be paid in Bitcoin as the company is officially planning to put Bitcoin on its balance sheet. However, TIME is comfortable with this new trend and aims to be the first one in the race to make the most of it. With investment from Grayscale, TIME is creating a series of educational crypto videos to explain the process to the masses.

Forbes is the latest in line to join the trend of NFTs. They sold an NFT of their latest issue cover for $333,333 in an auction which took place of the NFT marketplace Nifty Gateway. This NFT featured Tyler Winklevoss and Cameron, and was titled “Merchants of the Metaverse”. The proceeds from this sale will go to the International Women’s Media Foundation (IWMF) as well as the Committee to Protect Journalists (CPJ). According to Forbes COO Randall Lane, with the rise of cryptocurrency across the world, it is important to capture this unique moment in time and play our role in it as well. He states that their covers which portray the world’s billionaires and next-generation entrepreneurs are those who are shaping the world in real-time.

Kevin Roose, a New York Times journalist recently entered into the world of NFTs by turning his column about NFTs into an NFT and putting it up for auction itself. All the proceeds from the auction will go to The New York Time’s Neediest Cases Fund which is an effort started by Adolph S. Ochs, the former Times Publisher over 110 years ago. He held the auction of an NFT marketplace called Foundation, the same platform on which the famous “Nyan Cat” graphic sold for almost $600,000.

Playboy has been promoting a series of NFTs after partnering with Nifty Gateway. The NFTs consist of erotic digital art created by various artists, the first of which will be Slimesunday. Blake Kathryn will follow this sale by launching a pride-themed collection for June. This partnership between Playboy and Nifty will encourage and support emerging artists, it will endorse their photography archives and existing art, and will establish a new revenue line. Entering into the NFT market seems like Playboy is making the most of a big opportunity, especially as they stopped publishing their print version in March 2020. Till now, their largest source of revenue has been licensing their brand. NFTs can establish a new source of revenue with better artist protection, artist compensation, collector protection, and the democratization of both distribution and collecting, according to Rachel Webber, the Chief Brand Officer of PLBY Group.

NFTs have the potential to promote intellectual property and digital content. It is providing a new source of income to many publications that are struggling to keep their print versions afloat and now they are trying to experiment with other sources of revenue especially with the royalties these NFTs could offer them in the secondary market. What we need to observe is whether this is a trend that is going to die down in the time to come, or will it continue to profit not only the rich but the newcomers too. 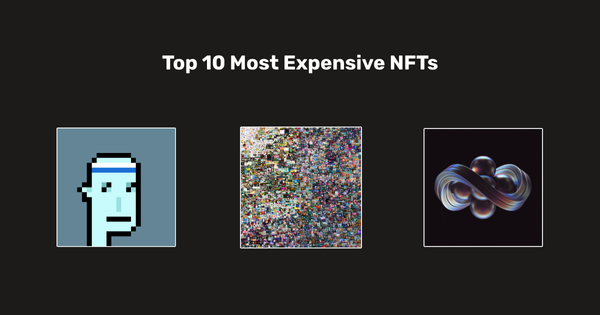 Individuals can create work, turn it into an NFT on the Blockchain (in a process called 'minting') and trade it on a platform of choice, and even fix a price to their artwork, which can pay every time someone buys the piece in the secondary market, through this process plenty 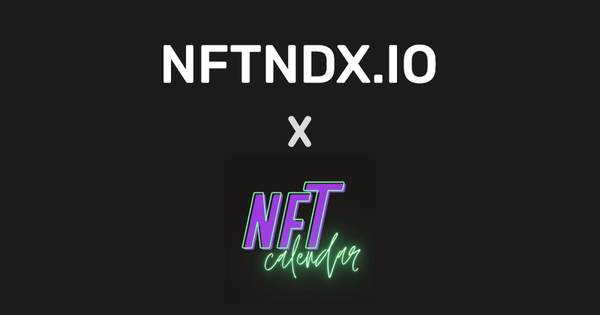 NFTNDX.IO team is thrilled to announce their new partnership with NFTCalendar, a release and event calendar for the growing Non-Fungible Token industry, they cover the most interesting events and NFT drops across the different marketplaces and platforms. NFTCalendar and NFTNDX will collaborate in different areas that will make sure